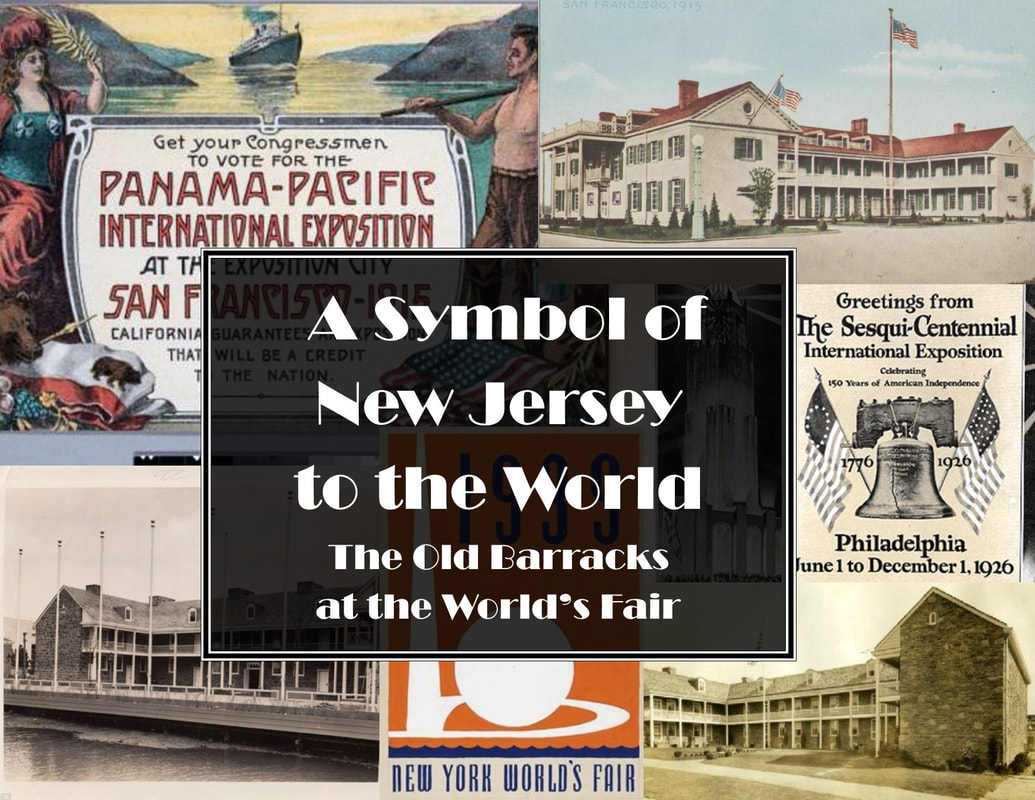 Built in 1758 to house British soldiers during the French and Indian War, used throughout the Revolutionary War, and witness to the Battle of Trenton, the building now affectionately known as the "Old Barracks" was selected three times to represent New Jersey at the World's Fair, an honor never repeated for any other site.

This exhibit aims to explore the importance of World's Fairs to the global community and the role of the Old Barracks as a symbol of New Jersey to the world. 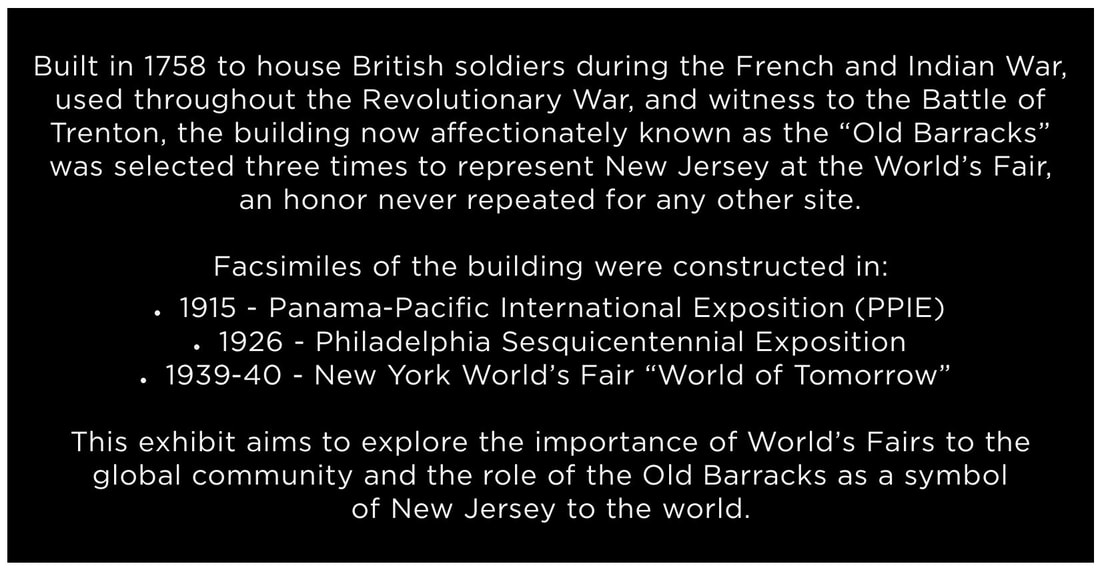