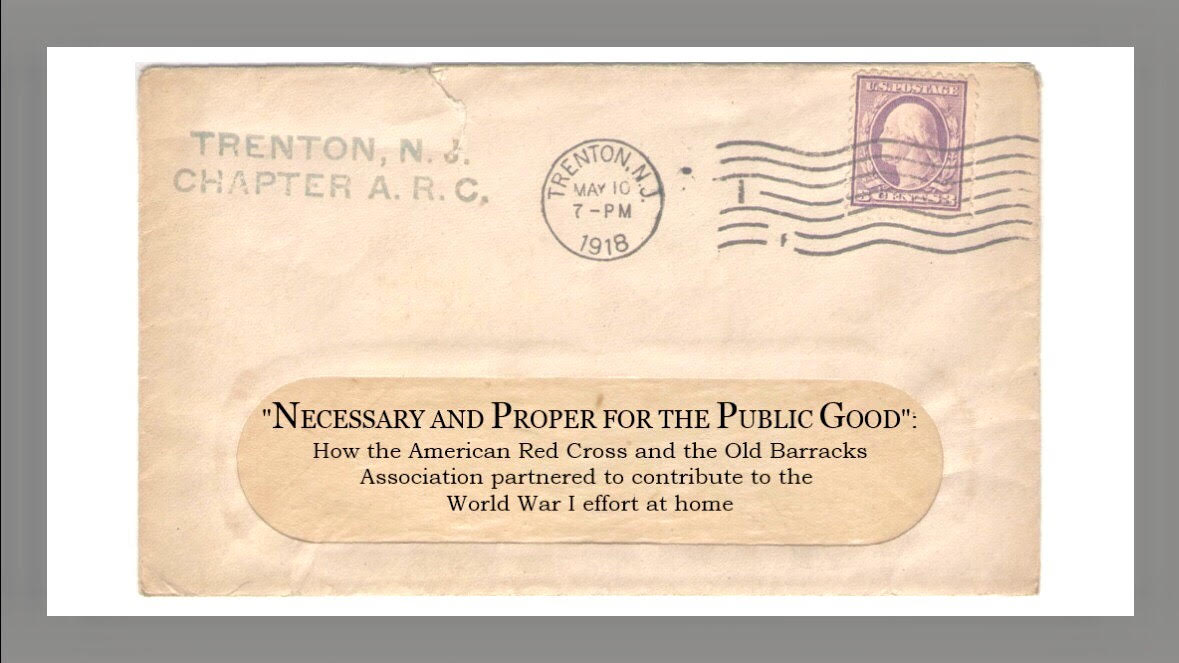 The year 2017 marks the centennial of America’s entrance into World War I. To commemorate the occasion and honor those who served abroad and at home, the Old Barracks Museum presents this digital exhibit, which highlights the use of the Old Barracks building by the Trenton Chapter of the American Red Cross during the war.

By the time America entered World War I, the conflict had been raging in parts of the world for almost three years. The Red Cross steadily increased its efforts to provide aid and support, even before the United States entered the war. Women accepted the task of Red Cross work with honor and determination, and quickly proved their capability.

When called upon to help with the war effort, the women of Trenton, through community volunteerism within the Old Barracks Association and the Red Cross, selflessly provided supplies and a willing workforce to the cause. The women of the Old Barracks Association did not hesitate to offer the building to the Red Cross for its war work, and wasted no time in organizing and volunteering. Though such women were expected to participate in charitable causes due to their social status, the enthusiasm with which Trentonians served was truly a credit to the city.

This exhibit reveals and honors a part of Trenton’s altruistic and patriotic past.
Enter Exhibit