It was not long after moving to the Old Barracks in late February 1917 that the Red Cross asked for more space to accommodate their war work. While the Association and most of its tenants accepted the request without complaint, some took issue. William Libbey, General Secretary of the New Jersey Society of the Sons of the American Revolution, was quite perturbed by the idea of losing his organization’s space. In a letter he wrote to the Old Barracks Association, Libbey declared:
"We are quite willing to have their room used when they do not need it.
But as we rent the room at a rather high figure for about 6 meetings of
our Board each year it is evident that we regard it more as a home for
our records and more a central meeting place and therefore could hardly
do without it."
Libbey’s wife, Mary, President of the New Jersey Society of Colonial Dames, perhaps in a concerted effort to smooth over the upset caused by the Red Cross’ request, “extended an invitation to all the Patriotic Societies occupying rooms in the Old Barracks the full use of their rooms in the Old Barracks upon any occasion they desire to meet in the Barracks.” Eventually, an agreement was reached and the Red Cross expanded into the organizations’ rooms at the Barracks shortly thereafter. 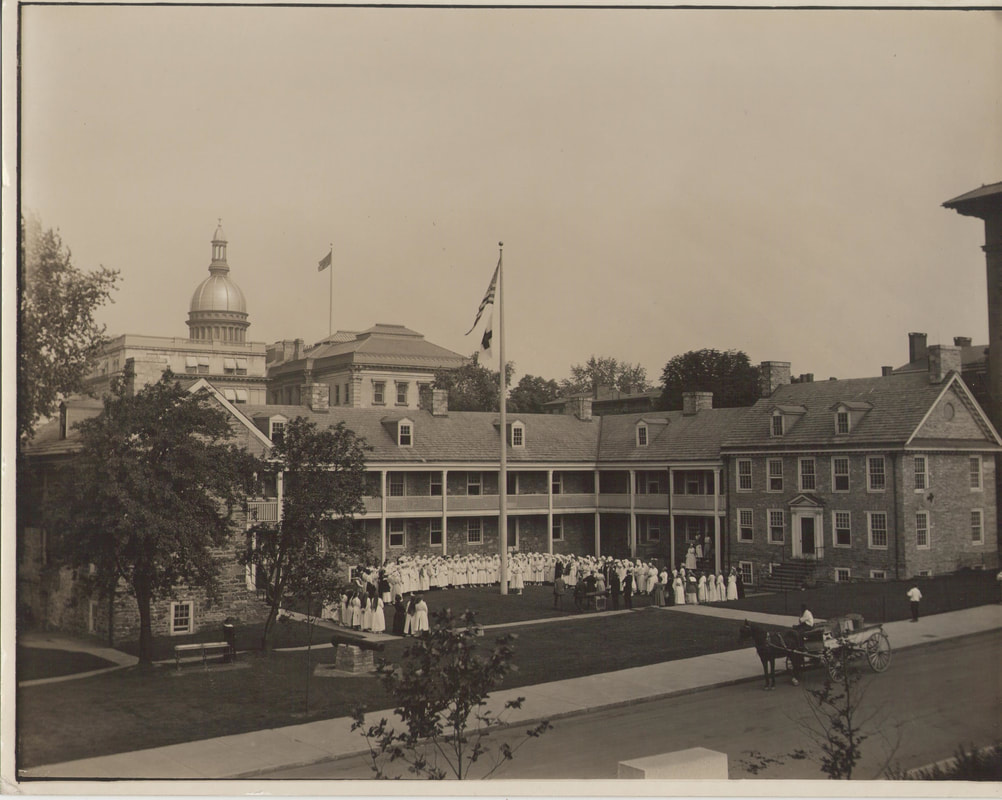 1918. Trenton Red Cross members gather at the flagpole on the parade ground. Note the Red Cross flag flying just under the American flag. From the Collection of the Old Barracks Association, 1993.001.0023.